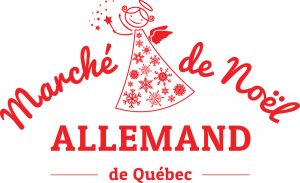 Again this year, from November 22 to December 23, the German community of Quebec, the organizer of the German Christmas Market, offers its warm and festive event around Quebec City Hall. “A magical scenery, an impressive agenda filled with free activities and new arrivals from here and from Europe…”, stresses chairwoman Britta Kröger. “We invite all Quebeckers and all tourists to come and experience unforgettable moments with us”. 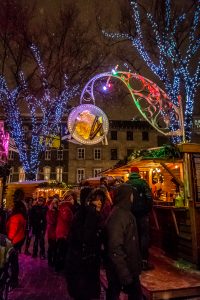 The 2018 edition of the Quebec German Christmas Market will provide all possible festivities:

“Quebec is truly one of the prettiest cities in the world,” says Mrs. Kröger enthusiastically, and the German Christmas Market allows the Quebecers to marvel at their beautiful city and show their children that they can be proud to live, in such a fascinating city full of history. When everything is illuminated under the winter’s first snowflakes and we hear songs and Christmas music, we follow the unique scents of German gastronomy as well as gastronomy from all over the world that everyone takes great pleasure in tasting, we suddenly feel like going back in time, back to our already multicultural ancestors.”

Quebec’s German Christmas market is the most important event of its kind in Quebec. It attracts many visitors who have seen on the WEB and read in the biggest newspapers such as the New York Timesthat it is one of the world’s must-see Christmas markets. “We are very proud and very happy that tourists come from all over the world to experience this warm and comforting atmosphere whose preparation takes us a whole year,” says Britta Kröger. But it also means that we have to be even more creative and the whole team is definitely an inexhaustible source ofideas and they make sure that visitors from here and abroad spend unforgettable moments which will make them want to come back. In Germany, 9 out of 10 Germans go to Christmas markets and at least 3 times per season. This is what we are aiming for:  see parents and grandparents come back with their children, their friends and cousins, etc. to spend some wonderful moments at the market and meet new people that will make the holiday season special for them. 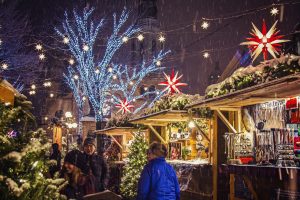 The city of Quebec and the government of Quebec have recently signed a three-year agreement with the organizers of the German Christmas Market, particularly because it has a major impact on domestic and foreign tourism during an off-peak period. “This agreement allows us to pursue a significant development, which is already underway”, concludes the chair. And I would like to emphasize the renewed collaboration of the Quebec government, the Quebec Tourism Office and the presenter partners, Simons, the Galeries de la Capitaleand the MégaParc, as well as many other private partners (noelallemandquebec.com/partenaires/) “.

The German Christmas Market will take place from November 22 to December 23 2018, on the City Hall square (place de l’hôtel-de-ville), in the City Hall gardens(Jardins de l’hôtel de ville) and on Sainte-Anne street and the gardens in Old Quebec, from Thursday to Sunday (see opening hours and detailed programme at noelallemandquebec.com).

Hortau Québec (hortau.com) has received a $5.9 million subsidy from Innovation, Science and Economic Development Canada through the Sustainable Development Technology Canada (SDTC) program. The funds will help the company further develop its technology to help farmers maximize performance while minimizing environmental impact. “All of our research and the work of Hortau’s 80 or so […]

An exclusive agreement between Marquis and SoBook will create a veritable transatlantic technology bridge between Europe and North America this October and simplify publishers’ work by delivering printed books in far shorter time. In fact, publishers will now have a tool that will enable them to increase the number of titles available in their literary […]